Our Team formed 2017 as kind of company team as we recruited all team members from colleagues working in the same Tech Company in Berlin. While we have many players who are new to airsoft we also have 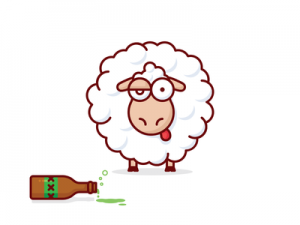 We are not (completly) a team of super alcoholics. The name is more a tech related occurance for some of us for making fun in source code commits and was used by some of us for capture the flag events at various IT conferences.

It reensembles nicely that we play airsoft for fun and teambuilding, and not for super realistic military simulation games. We are an open minded group of individuals.

We are also aware that the majority of sheep is not sheeps but we keep it for historical reasons.

We mainly play Skirms and Fungames around Brandenburg and Saxony but also join bigger events such as Borderwar and Dark Emergency. We play at least once a month and selected The Village in Plessa as our main gamefield.

We also actively take action to support field owners and other groups by as example helping with buildings, workforce and donations. We maintain a strong partnership with Recon-EE/The Village e.V to support The Village in Plessa with more then just games but also infrastructure, man hours, construction material and workforce and more.