Our Team visited the Borderwar 10 Anniversary Event between 12-15.04.2018. We selected DEA as our gameside in the hope of some LARP elements and for some easier gameplay. While we planned to sleep in the gamezone before the event it was announced by our CO that it would be appreciated if the majority of the faction sleeps in the offzone and gets deployed to the FOB. After seeing the FOB i think that was a good choice, the base looked like a shithole compound only consisting of some metal fences with white cover. We spare you the picture of this annoying thing.

The first day we got the introduction hearing by our CO and later followed to walk to a zone close to an rebel outpost. We did build a defensive line and waited for almost 2 hours. While it is a riddle to my that DEA agents go somewhere and build defence lines we stil followed that order of course. After a while right in front of our fortification Taskforce was involved in an heavy fire fight with guerillas. The Taskforce retreated behind our DEA lines and our CO called out to wait. Well imagine what happens. We got completly overrun by guerilas who were going for the reatreating Taskforce guys. While walking back to the base heavy rain started and it didnt really stop until late next day.

Sadly one of us had severe knee problems and was barely able to walk after day one (stil better then some other DEA fellow who had to go to the hospital after she tripped over and the game was over one day one). Since the rain didnt really stop, hat almost was it for us and BW. We are no players who only play on nice weather, we do our fair share of freezing to death games and rain, but we also werent really equiped and not expecting a mudfest according to the forecast. Anyway BW was stil a blast by meeting alot of nice persons, we had awesome chats and real fun at the camp side and it will see us next year too. Next up for us is Dark Emergency 6. 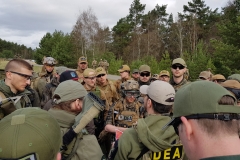 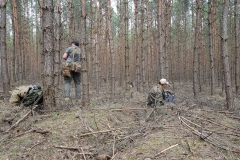 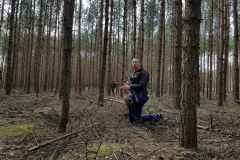 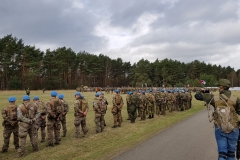 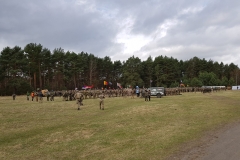 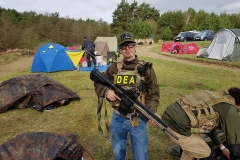