Snackforce1 and Kernkraft went to DE6 in Mahlwinkel this year playing in Squad Juliet of the GOF Forces. We never attended Dark Emergency before and read mixed reviews, but i must say the event was extremly well organized and the campside featured real toilets and showers and electricity aswell. Very well done! It is not really MilSim, but its a blast to play, especially if you have competent squad leaders as we had in Juliet and on our side with INDIA. The India 2 Squadleader was amazing, i wonder how this guy can stil talk after two days of constant yelling and pushing people 😉

We arrived Thursday and quickly found a place close the marketplace to squeeze our tents in, despite the fact that the camp side was already extremly full. It really helped alot that you were allowed to drive to the spot with the car to unload.

We then went to the Marketplace to buy some pants for snackforce who managed to fail horrible to buy fitting ones before while trying 3 times (size charts are a hell uh?). The Marketplace had a nice variety of shops and prices were good, also food pricing was reasonable (unlike Borderwars 5 Euro for a 2 EUR froozen Pizza). Chronostations were all over the place and they were really quick, so this didnt take us long ether. Not having to deal with chrono cards before also speed up things.

We skipped most of the Parties at the stage (uhm getting old i guess) and went to sleep later that day to be up and ready for the first game day on Friday. We went to the gathering at 0800 and our Squad together with 3 others started at the FOB close to the camping side. After collecting the live rings and getting intel on our tasks (take defensive position and hold building 27) we started the game.

We split our squad of ~45 people into four smaller ones and we were assigned to Juliet 4. Despite being a random bunch of people we did good staying together during the day, but KGG forces pushed hard so we failed taking the building for multiple hours and it was kind of a stall situation.

Later that day we went on a small mission to bring a militia guy we previously captured to the Militia base for negotations to end hostility towards GOF. We had to evade alot of fights but ended up in a trench system were we had first contact with militia which were fighting together with KGG forces. We tried starting negotiations here already with militia forces but the guy didnt really get what we wanted to tell him. Few minutes later i (kernkraft) died getting a painfull shot in my ear (ouch….). Rest of the team managed later to go to milita village and progressed to GOF HQ, while i spend most of the time with India 2 were we had intense fire fights and a really good commander.

The day ended with our side of the game pretty much being forced to stay in FOB by KGG forces.

On the second game day our squads started at the GOF HQ and primary mission was to hold a old railway station. This part of the field was more interessting because it had more structures and roads. At some point our forces were surrounded in a not so ideal position by KGG forces with no way out. We requested mechanized support which Hitman Bravo provided with two really nice and well build cars (damn we need one too!).  We quickly pushed KGG forces back. We did end the day early at around 1400 since we had to be back home early for various reasons so i dont really know how the day ended.

The weather was extremly good during both days. We will for sure visit the next Dark Emergency again, then hopefully with more people from our team.

Snackforce1 played the event with one of our VFC HK417 S-AEG were we recently replaced all internals (Retroarms Shell, Piston, Nozzle, Gearset, Motor, Barrel, Jefftron, Hop Up) with around 2.1J played as DMR. While i played both days with my 8 year old first generation VFC HK416 which only replaced internals are the Gearbox (Dboys) and barrel (Madbull 6.03) which is despite 1.1J having a very nice range and accuracy. 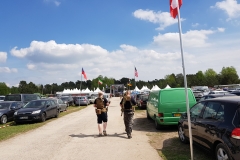 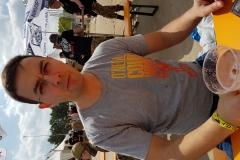 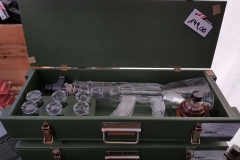 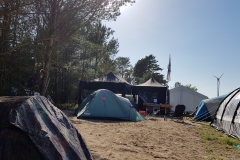 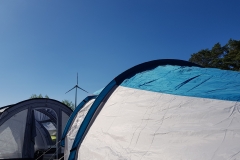 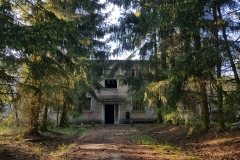 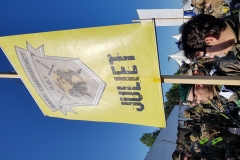 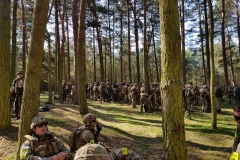 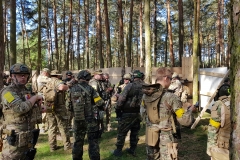 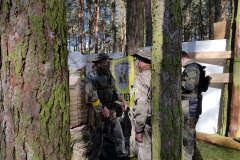 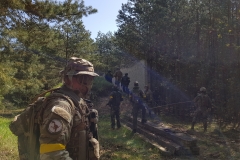 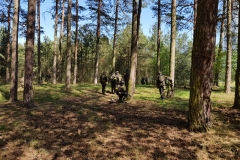 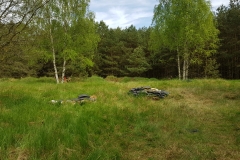 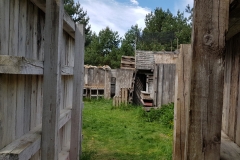 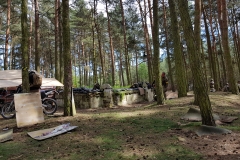 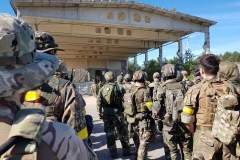 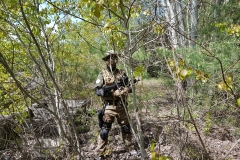 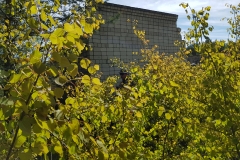 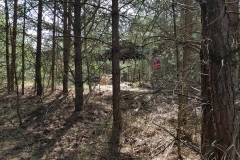 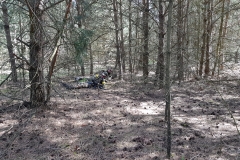