On 26th January 2019 we opened the gates in Plessa again for our second Event in co-operation with The Village e.V / Recon-EE in this game series and welcomed 95 players to Plessa Skirm #2.

Entrance and Parking went a little bit better this time and the space was quickly filled with players. Chrono however and some late arrivals due the bad weather conditions delayed the start a little bit. This time we also sealed HPA Weapons on the chrono stations.We started our first game, the usual Team Deathmatch after the initial briefing session (which could go better next time). Later on we followed with Bomb Defuse and Arm using our new bomb prop which we build specific for Plessa.

There was a bit of miss-communication within the organisation after the first round which led to the start of a second round instead of the announced lunch break. We apologize for this, the round was canceled after 15 minutes because most of the players already went to the announced lunchbreak. We served Bockwurst and Gulasch again free of charge and the fine people from Werewolves Softair Dresden also sold coffee, pizza and other nice food for a small price. Thank you again for the great support here!

Because of the weather we had a heated room in the main building which was kindly accepted. In generic we also served hot tea in both spawns and more then 60L of tea was consumed.

After the lunch break we went to the more funny game mode of the Day. Flip the Stone with AirStrike. We distributed 4 stones on the field which could be flipped to Yellow or Red. A team won if all 4 stones or the majority of stones after 90 minutes was the color of the team. To make things more interessting, two stones had a 4 digit pin code written on it. This pin codes could be used at the Airsoft Bomb to trigger destruction of a Building of choice. Once triggered the bomb automatically triggered a smoke grenade and cracker bomb in the building and the building was closed for the remaining time of the round (visible by alert lights on the entrances). During the explosion everyone in the building was basically killed and had to go back to spawn.

The bomb is visualizing this behavior by playing radio communications from a 9 line CAS and then plays a direct live feed from a AC-130 Gunship, explosions go off in timely fasher automatic in the building triggered via a 433mhz remote control which is integrated into our airsoft bomb. On the first successfull airstrike 19 players of team red were killed in one building.

We played another round after 90 minutes and then most people were exhausted by the weather and we called it a day.

We had a blast again playing this event with you and hope to see you next time again! Our next Skirm will take place on 25.05.2019! At Skirm #3 we will also feature new props such as Landmines and alot of other cool new toys.

In addition we cannot raise quality if we lack feedback. Please be so kind and leave feedback for the event in our ASVZ Feedback Thread, it is really important. 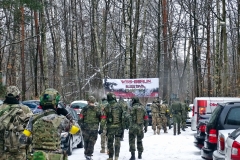 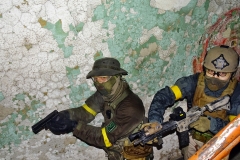 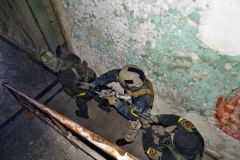 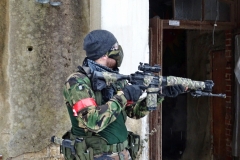 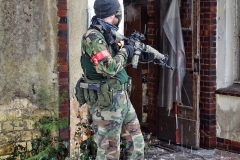 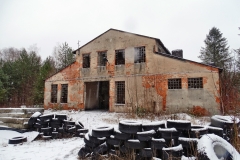 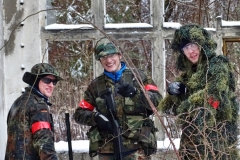 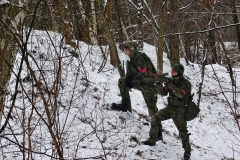 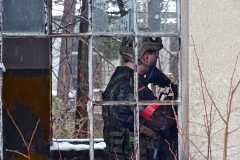 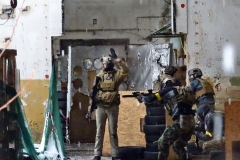 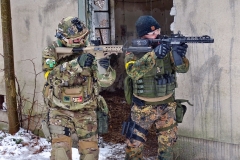 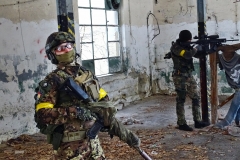 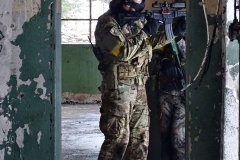 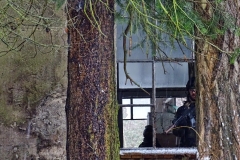 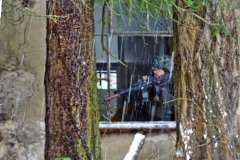 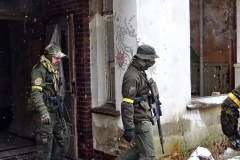 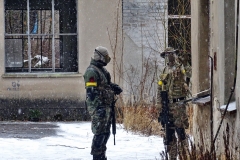 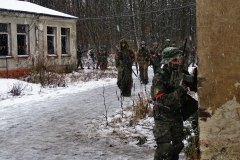 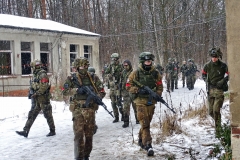 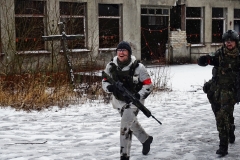